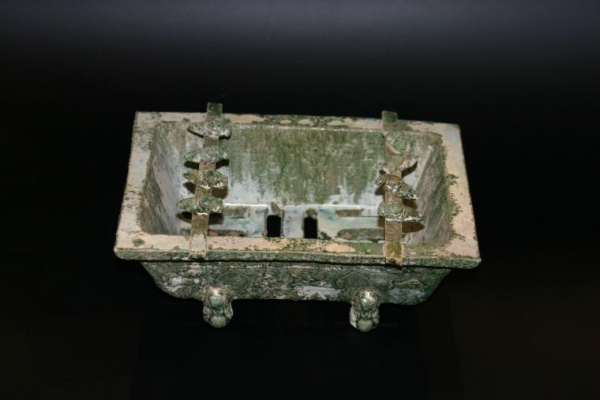 An orange-red earthenware brazier of barbecue covered with a green glaze, showing iridescence. Standing on four bear feet, this rectangular brazier has an overhanging flat rim. Extensive moulded decoration can be seen along its sides. On each of two bars stretching across each brazier rim are four roasting cicadas. The floor of the brazier has eight rectangular openings, which may have been stamped out.

Although jade cicadas were used in Han funerary rites as symbols of rejuvenation, the cicadas modelled in this pottery brazier may not possess a symbolic meaning. Most likely, they simply represent a regional delicacy relished for its taste and texture, for crisply roasted cicadas are reportedly still served today as an appetizer in north-eastern China. 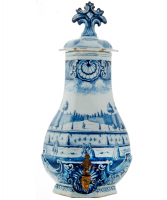 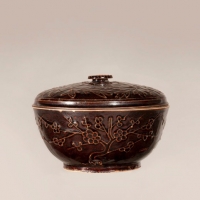