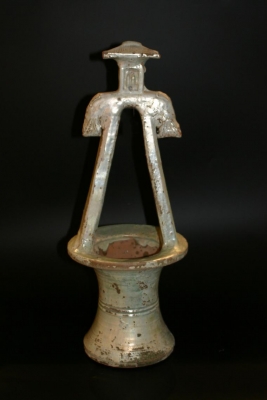 The well with a tall frame with dragon-head finials and a small tiled roof, which shelters the winch. The orange-buff earthenware is covered with a deep green glaze with areas of iridescence.Han dynasty wells are often decorated with dragons, protectors of the water supply.

The custom of burrying models of buildings or other utilitarian structures such as wells and large brick built cooking stoves is a particular characteristic of the Han dynasty and was rarely practised in other periods. It extended the range of burial wares, which otherwise consisted only of figures, vessels and other objects for personal comfort.
Most of the models were made of the same green-glazed earthenware as burial vessels and date from the Eastern Han dynasty; unglazed painted models are more rare. The models reflect rural life and include many structures used for keeping animals, for storing grain or housing farm implements, but there are also large complicated multi-storey watch-towers fitted with armed and armoured guardians. 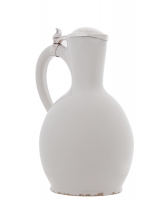 A Jug with Silver Lid in White Dutch Delftware

A PAIR OF QIANLONG TUREENS 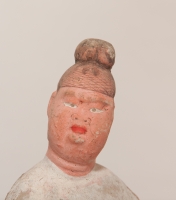 Chinese pottery figure of an official with most of the origi...