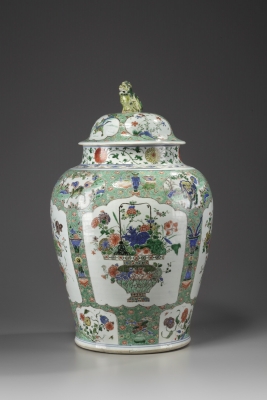 Large vases of this type, which were also produced in underglaze blue, were highly appreciated by the European upper class and nobility. Although the original function was purely decorative and ornamental,they would often be placed in front of the fire place during the summer months to mask the opening.

This particular jar came form the collection of Peter Winkworth (1929-2005), collector of Canadiana and grandson of Stephen Dickenson Winkworth, one of the founding members of the Oriental Ceramics Society. 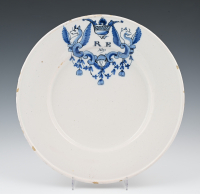 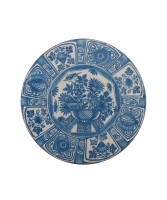 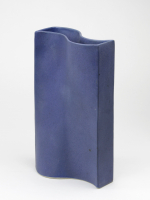