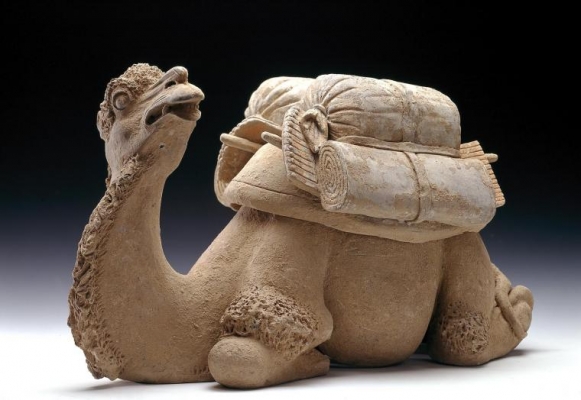 A yellow earthenware funerary model of a reclining camel. The legs of the camel are folded beneath his body, his head is turned towards the left and his mouth is slightly open. Along his neck and legs the clay has a rough surface to suggest the thickness of the camel's fur. On his back he is carrying a heavy load of rolled up parcels, blankets and some sort of stretcher. A recent study of the camel mingqi indicates that in the Tang period the often detailed representation of their loads may represent not so much the reality of transport along the Silk Road but rather the transport of goods (including food) specific to beliefs of what the deceased would need in the afterlife.

The camel, of the Bactrian species, is next in popularity to the horse among the animals represented among the tomb figures. It has been suggested, perhaps with good reason, that as camels were beasts of burden their presence in the tomb was an indication that the human occupant had large commercial interests. Be this at it may, it is clear from the tomb evidence in the Xian region that splendid Bactrian camels, loaded or unloaded, have been found in the richest tombs. The beast are treated with the same attention to detail as the horses, the two most remarkable camels carry not any normal burden, but bands of musicians. 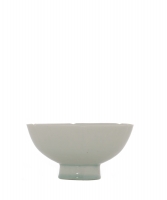 Chinese porcelain bowl on a high foot with a pale blue glaze... 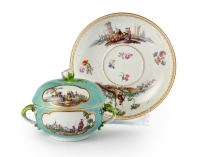 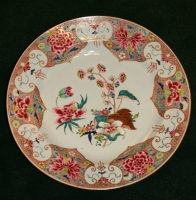