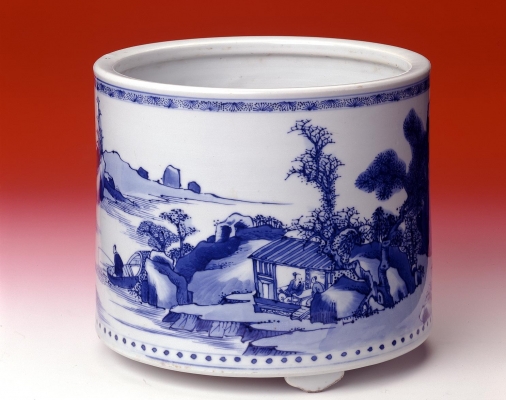 This Chinese porcelain brushpot from the Kangxi period has a very vivid cobalt blue color.

Bitong, brushpots are not found in 17th or early 18th century European inventories unlike some other ceramic forms which fore fill a specific Chinese function. Blanc de chine `libation cups`, were for example, were made for drinking wine in China but they were imported in large numbers into the West. There curious forms appealed to Western tastes and were used in European displays or converted with the addition of a gilt bronze handle to become a bonbon dishes. Brushpots on the other hand seem to have been made exclusively for the Chinese domestic market, more specifically for the scholar literati class.
Bitong are an essential part of literati`s desk, what is often referred to as a scholars desk. Other scholarly items for the desk might include a brush-rest, inkstone (for grinding the dry ink) a water pot for the water to add to the inkstone, a brushwasher as well as a table screen. As with the present brushpot the subject matter reflected scholarly themes. 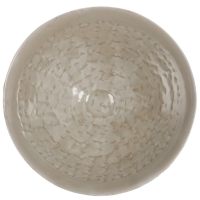 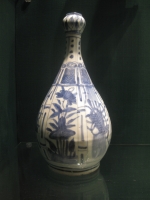