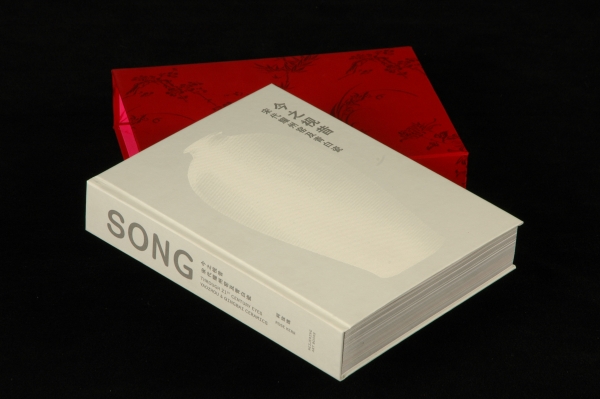 456 page, text in English and Chinese. Full colour images throughout.

Song China Through 21st Century Eyes discusses Song Dynasty Yaozhou and Qingbai ceramics. Ilustrated from one of the finest private collections in the world, it is authored by the world-renowned authority on Chinese ceramics Rose Kerr.

This book looks at two very distinct ceramic types, that were greatly admired in China at the time of their manufacture. It acts as an introduction to two important Chinese kilns and their products, but goes on to place the ceramics in their historical, geographical, economic and social contexts, using the latest research from both China and the West. How were ceramics used, where were they employed and who owned them? How were they made, and where were they sold? Why are Yaozhou and Qingbai ceramics treasured by connoisseurs? All these questions and more are addressed in the text. Abundantly illustrated with pictures, details and marks of pieces in the collection, the text is amplified with pictures from historical sources, and by beautiful new photographs of contemporary China.

The books' innovative design and abundant use of colour marks a new departure for books on Chinese ceramics. Irma Boom is an Amsterdam-based graphic designer and specialist in hand-made books. Her clients include the Rijksmuseum Amsterdam, Ferrari, Vitra International and the Museum of Modern Art, New York. Since 1992 Boom has been a critic at Yale University and has been the recipient of many awards for her book designs, including the prize for the World's Best Book in 2006.

The Author: Rose Kerr is an Honorary Associate of the Needham Research Institute in Cambridge, an Honorary Fellow of Glasgow University, and a former Keeper of the Far Eastern Department at the Victoria & Albert Museum in London. She is the celebrated author of more than ten books on Asian art, the most recent of which is the volume on Ceramic Technology in Joseph Needham's magisterial series Science and Civilisation in China and a volume on Song Dynasty Ceramics for the Victoria & Albert Museum.

The Collection: The ceramics shown in this publication form a private collection of the highest quality, that includes many exceptional items. Over the last 20 years the collector has sought objects of refinement and rarity across the world.

SONG CHINA THROUGH 21ST CENTURY EYES : Yaozhou and qingbai ceramics is published in a limited edition of 1000 copies. The text is bi-lingual in English and Chinese. Lavishly illustrated with more than 130 Yaozhou and Qingbai wares in high quality lithographed images, the book is a work of art in its own right.