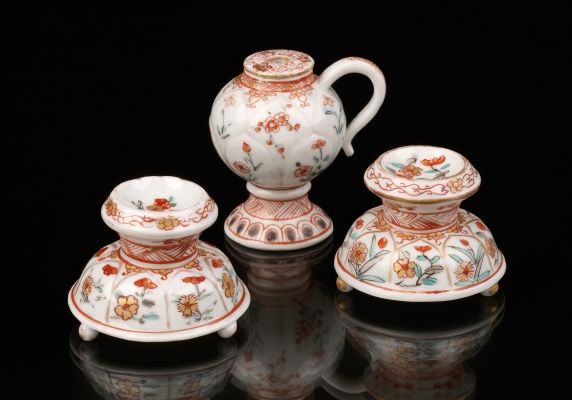 These saltcellars and mustard pot are made in Japan in Arita. They were shipped to Europe undecorated and further processed in Delft. Although the name suggests otherwise the so-called Amsterdams Bont was mainly applied in Delft. The decorators from Amsterdam did not have the sophistication that was achieved by the Delft craftsmen.
The shape of these Japanese saltcellars is derived from European models of the 17th century. The mustard pot also has a design inspired by European examples.
Salt and mustard were indispensible condiments on the tables of the 17th and 18th century.
A third saltcellar with a similar decoration can be found in the collection of the British Museum in London (JA F.555). 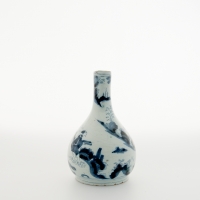 A pair of pottery recumbent hounds