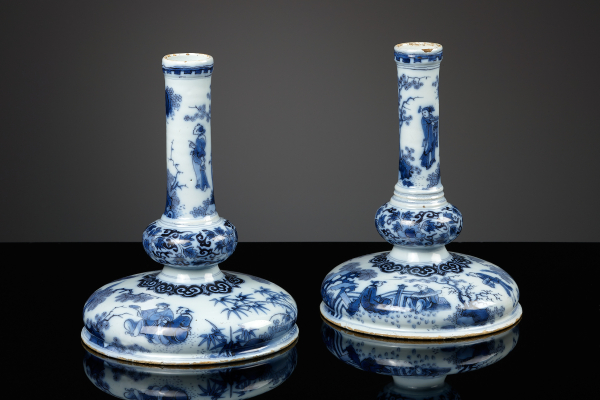 These pillar candlesticks on a round, flattened ball-shaped base with column and shaft are painted in chinoiserie style with depictions of Chinese people in landscapes with trees and shrubs. The candlesticks’ shape derives from European models made of silver, which first appeared around 1650. This model became extremely popular and was produced in a wide range of variants and materials: small versions, large versions, with ribbed bases or twisted columns, made of silver, tin, or brass – even white and painted Delftware and simple lead-glaze earthenware.

Some candlesticks were part of a toilet service. These were generally smaller versions: the candlesticks in the silver toilet service manufactured in The Hague in 1653-1658 for Veronica van Aerssen van Sommelsdijk (on display in The Hague’s Kunstmuseum) are only 16.5 cm high. Silver variants of this model are also depicted in several paintings by Gerard ter Borch.
Candlesticks were always manufactured as one or more pairs and sold as such. The Durgerdam lottery sheet from 1689 lists a pair of silver candlesticks of this model, valued at 100 guilders, as the fifth prize.

The “Delffsche Konst” (Delftish artifice) – the porcelain tableware – which this poem refers to was a gift from the Queen, who had filled her palaces with Delftware in all shapes and sizes. Highly appreciated among the elite and universally praised, Delftware was not just admired but actually used on special occasions, set upon tables spread with damask cloth. The well-wrought poem above and the dimensions of this early pair of candlesticks imply that they were used on dinner tables.

These specific candlesticks were crafted at De Grieksche A under Samuel van Eenhoorn. Founded in 1658 by Samuel’s father, the factory was gifted to him for his wedding in 1678, although it is most likely that he worked in the factory for a number of years in order to master the potter’s craft before he became its owner. Sadly, the young master potter only managed the factory for seven years before his death in 1685. His initials, which served as the factory’s trademark during that time, remained in use for more than a year after his passing. In 1687, Samuel’s widow sold the factory to her brother-in-law, Adrianus Kocx. Many of the objects produced under Samuel van Eenhoorn’s management were decorated with chinoiserie motifs, as is the case with these two candlesticks. The dark blue hue of the paint and the various different shades of blue indicate that this pair was produced early on in the seven-year period of Samuel’s ownership of the factory.

Very few Delftware versions of this large candlestick model have survived to this day. One important reason for this scarcity must be the manner in which these candlesticks were fabricated in Delft. As craftsmen were wont to do with silver candlesticks, the column and base were crafted separately. In Delft, the base and the hollow column with its large knop were hand-turned separately, then combined. In silver candlesticks, the base and column were soldered together; when working with earthenware, however, they were glued together using a clay paste. This method created a weak bond, and it is likely that many candlesticks were already ruined during the production process as a result, especially in the bisque firing phase. Covered with tin glaze, painted with attractive decorations and fired for a second time, these candlesticks were distributed throughout Europe. In the centuries since, the vast majority was likely damaged or broken through use and ultimately thrown away. After all, setting them on the table in a robust manner or attempting to remove accumulated wax could cause them to break.

This is probably why such candlestick pairs became so rare over the past 350 years. To the best of our knowledge, there exists no other pair of this size and model from the latter half of the seventeenth century. The list below consists only of round candlesticks with a minimum height of 20 cm dating from before c. 1700. Candlestick models à la financière and a few smaller versions crafted before 1700 were not included. 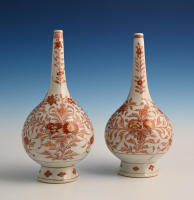 A couple of Chinese rosewater sprinklers 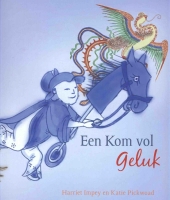 A Bowl filled with Happiness

A Dutch, The Hague, porselain cup and saucer.