A jardinière with a mask on each side; not signed. The urn-shaped planter is decorated in blue with oak foliage on the base and around the body of the vase. Two cartouches with scenes: Venus and Adonis with two hounds on one side; a Venus-shell fountain with three putti on the other.

The representation of Venus and Adonis derives from the mythological epic by Ovid in his “Metamorphoses”. The Goddess of Love, smitten by the beautiful Adonis, begs him to be cautious when hunting:

“O! lovely youth! in harmless sports delight;
Provoke not beasts, which, arm'd by Nature, fight.
For me, if not thy self, vouchsafe to fear;
Let not thy thirst of glory cost me dear.
Boars know not bow to spare a blooming age;
No sparkling eyes can sooth the lion's rage.
Not all thy charms a savage breast can move,
Which have so deeply touch'd the queen of love.”***

Adonis is eventually killed by a wild boar, much to the sorrow of Venus. Here, the moment is depicted when Venus warns Adonis of the dangers of the hunt as Adonis breaks free from his opposing lover.

In 1554, Titian was one of the first artists to depict this particular moment in the story of Venus and Adonis. During the 17th Century, the theme was also featured in works by painters such as Rubens, Moreelse, Bloemaert, Honthorst and Bol.

A Chinese Famille Rose teapot with the original saucer 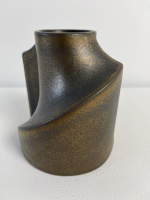