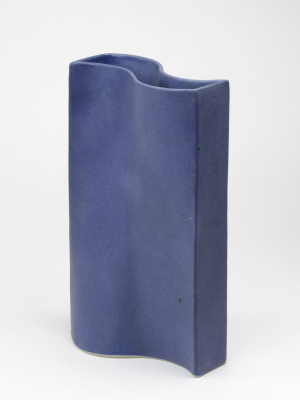 Blue glazed multiple made by Jan van der Vaart in 1999. The design is from 1974 and is also manufactured in bronze and white. It is signed on the bottom with: 'VdVaart', 99 and his signature wheel.

Jan van der Vaart belongs to the first generation of ceramic artists that revived the practice of ceramics in the Netherlands in the 1950s. He introduced a new vision on form and colour based on the Bauhaus tradition. When he gets appointed to head teacher of ceramics on the Rietveld Academie in Amsterdam, his influence on the development of Dutch ceramics is easy to trace. Around fifteen years later his work is internationally acknowledged. 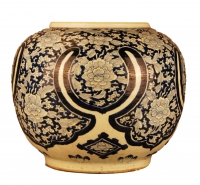