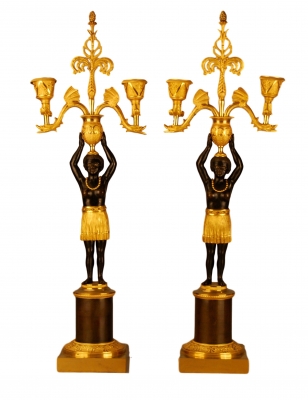 A very fine pair of Directoire gilt and patinated bronze candelabra ‘Au Jeune Nègre’, each with a patinated bronze figure of a young African girl with glass eyes wearing a beaded necklace and a tassel-hung loincloth, her outstretched arms holding in both hands a vase-shaped candleholder with bronze florale finials and winged dragons with a candle stem terminated by vase-shaped candleholders on its head, each figure standing on a circular patinated bronze base, wich stands on a rectangular gilded base.
Paris, date circa 1800
Height 58 cm. each. 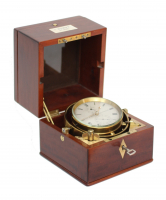 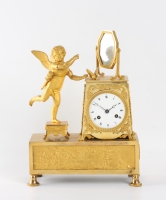