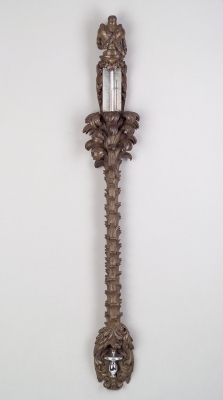 French Louis XVI Mercury Barometer In The Shape Of A Palmtree

The lower part of this barometer, that holds the mercury receptacle, is decorated with asymmetrical ornamental leafs. Above it the trunk of the palmtree with its trimmed leafs and topped with a circle of entire palmleafs.
On top of the tree the scale that is topped by a vase that is decorated with crossing garlands of laurel.
In this uniquely styled barometer we can see the expression of the extensive interest in ‘Chinoiserie’, although the palmtree is not typically Chinese but rather more an exotic and eastern motive. The palmtree shape is very suitable for columniform objects. The top with the corona of large leafs serves as a capital.
‘Chinoiserie’ was not an attempt to immitate Chinese art or Chinese objects, but a typical European style that was inspired by the rather romantic and poetic view of the East. Eastern motives like here the palmtree, were combined with other areas of interest of that period. In this case; a neoclassical urn and ornamental laurel leafs. 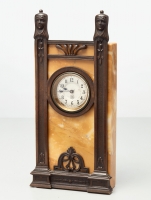 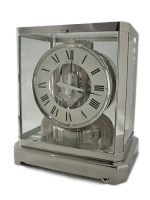