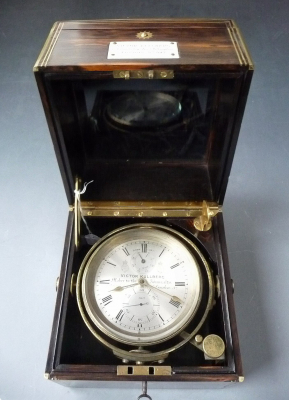 Lit.: Paul M. Chamberlain "It's about Time", New York, page 435-437.
Victor Kullberg was born at Visby on the island of Gothland, Sweden in 1824 and was apprenticed to a chronometer maker in 1840. On the completion of his training he was employed by Louis Urban Juergensen in Copenhagen, but was attracted to Britain at the time of the 1851 Exhibition. In Britain he remained as a maker of marine and pocket chronometers to which he brought several innovations. From 1860 onwards, thanks to the high quality of his machines and the efficiency of his new forms of auxiliary compensation, he consistently scored ratings in chronometrical competitions throughout the world and was awarded numerous gold and silver medals. With an international trade and reputation he was appointed chronometer maker to the Swedish and Norwegian navies in 1874 and, about a machine entered for the Greenwich trials of 1882, the Astronomer Royal reported that it was 'the finest chronometer they had ever had on trial'. Although unmarried, Kullberg had two sons. On their father's death, 7 July 1890, they jointly inherited the business with his nephew Peter John Wennerstrom. After the death of the nephews, Wennerstrom and his son bought out the other interests in the business. Subsequently it was continued by Sanfrid Lindquist and survived until the 2nk Wold War during which its premises were destroyed 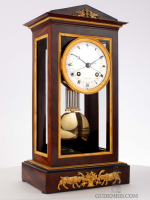 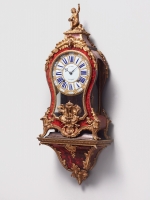 A French Louis XV bracket clock by Gudin Paris, circa 1740 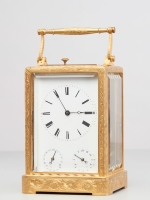