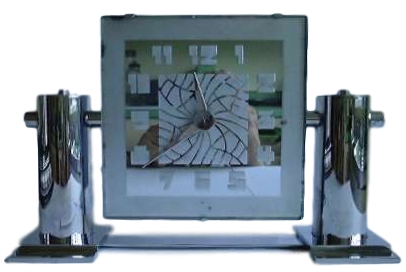 c.1930 Chrome Electric Mantle Clock, Bulle, France. A very rare early 20th century battery powered mantle clock by the Bulle clock company. The case is chromed with the exception of the mirror backed etched glass dial which is signed 'Bulle-Clock, France' along the lower edge. The battery is stored in one of the side towers with the wires running along the crosspiece. The movement is a conventional Bulle movement using the same basic principles as the first clocks produced when the company was established about 1920. It is notable that Bulle clocks were fabricated in England after 1934, but they used entirely different materials for the magnets and the pendulums. Although there were nearly 300,000 clocks produced between 1920 and 1952 the vast majority still available are glass domed. This piece truly represents the Art Deco period in which it was manufactured. Height - 8in. 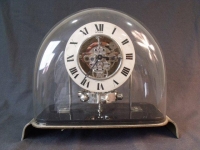 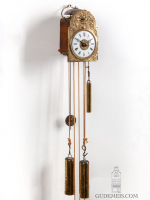