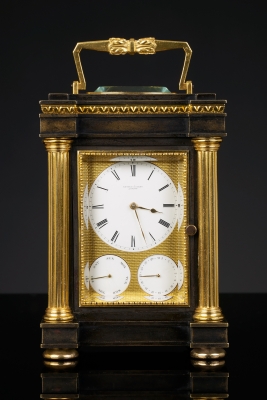 Clockwork
8-day going train with lever escapement. Striking train strikes on a chime on the hour. Fusée maintaining power drive work. Three dial with indications of hours and minutes, days, and date.
Signed on the dial: Arnold & Dent London
Signed on the back plate: Arnold & Dent Strand
Clockwork is numbered on the front plate below: 1121

In 1830 Edward John Dent joins in a partnership with John Roger Arnold, who works from 84 Strand. This conjunction of two important instrument and clock makers results in a small but important body of work. The collaboration stops after 1840, when the considerably younger Dent seeks to take over and continue the workshop of Arnold. When Arnold refuses to endorse his company to Dent, the latter decides to start up his own workshop. Dent is seen as the greatest clock maker of his time.

This carriage clock, with its architectural housing, is very exceptional and of the finest quality. An almost identical carriage clock by Arnold & Dent can be found in ‘Carriage clocks, their history and development’. 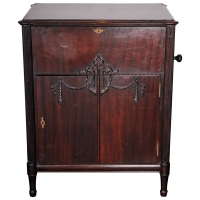 A rare Swiss mahogany disc music box, for the U.S. market, b... 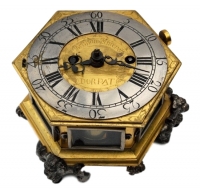 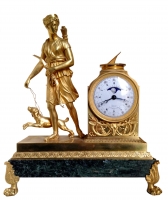