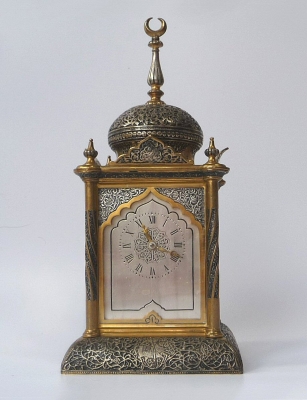 Oriental inspired carriage clock, in the shape of a mosque, circa 1880.

No 160. Oriental inspired carriage clock, in the shape of a mosque, circa 1880.
The case partly gilded, partially silvered. Clock with an eight day movement, half hour striking on a gong, escapement with anchor.
The clock case uses some basic features of classic mosque architecture.
Its dome, qubba in Arabic, is a significant element representing the vault of heaven. The clock has four twisted ant ornate columns between a niche is designed.
The niche is an important feature of a mosque, called mihrab in Arabic. The base of the clock consists of a rich decorated frieze. On four sides there's a broad horizontal band with fretwork, representing warriors on dressed horses, foliage, flowers and birds.
This clock made late 19th Century is a fine example of the Ottoman architectural influence.
In general the presence in previous Centuries of the Ottoman Empire in Europe is highlighted by its frequent appearance in architecture, music and arts.
There were mutual technological, cultural and intellectual exchanges. Craftsmen, artists, architects and merchants who lived and worked in the Ottoman Empire initiated cultural and artistic exchanges between the Ottoman and European worlds.
Dimensions HxWxD 27,5 x 12,5 cm x 11 cm.
SOLD 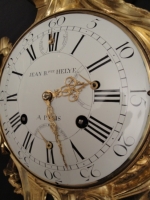 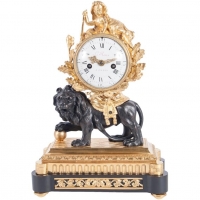