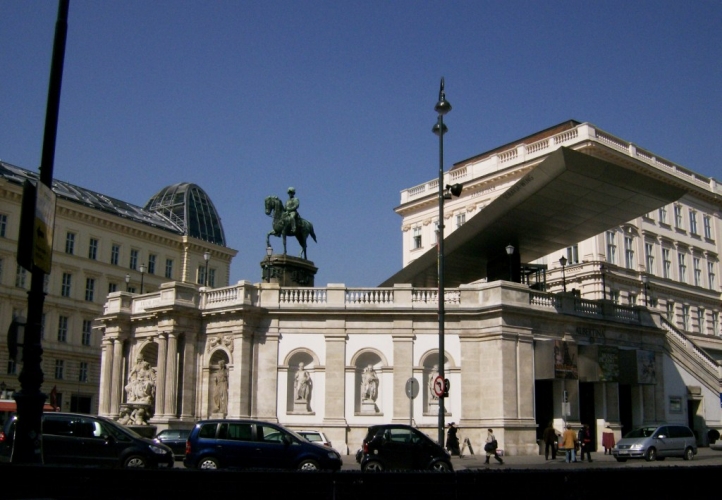 In spring 2007, one of Europe’s greatest private collections of classical modern art came to the Albertina as a permanent loan from the Rita und Herbert Batliner Foundation in Liechtenstein. The Albertina is now in a unique position to compensate for the major gaps in the Austrian state-run museums’ holdings of international modern art with key works of French Impressionism, Post-Impressionism, German Expressionism, Fauvism and the Russian avant-garde. The Batliner Collection has received acclaim from museums and connoisseurs for decades. It includes outstanding works by Claude Monet, Pierre-Auguste Renoir, Paul Cézanne, Amedeo Modigliani, Henri Matisse, Pablo Picasso, Ernst Ludwig Kirchner, Alberto Giacometti and Francis Bacon. These masterpieces can be seen in a new permanent exhibition at the Albertina. The Batliner Collection is augmented by works from the Forberg Collection in Switzerland, which was also transferred to the Albertina on permanent loan. The permanent exhibition spans the most fascinating chapters from more than 130 years of art history, from Impressionism to the most recent present. Paintings by Monet, Renoir, Cézanne, Matisse, Miró, Klee, Kandinsky, Chagall, and other masters offer a survey of French Impressionism and Post-Impressionism, the Fauves, Expressionism, and the Russian avant-garde. With late works by Picasso and exhibits by Rothko and Bacon, the exhibition leads over to the second half of the twentieth century, before it ends with works by contemporary artists such as Anselm Kiefer and Gerhard Richter.