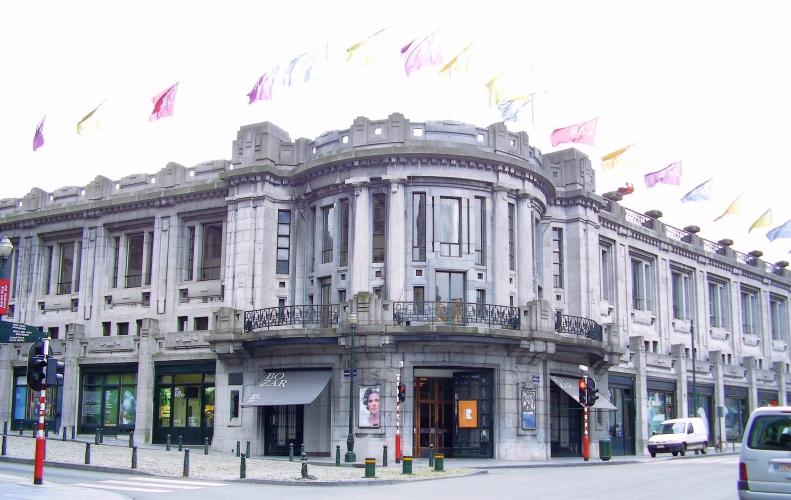 Eight departments work together to offer you a season that is coherent, surprising, and creative. BOZAR ARCHITECTURE: a “studiolo” – an unconventional laboratory, located in the heart of the building and open to the public, exhibitions, lectures, concrete (and occasionally spectacular) activities, working in close collaboration with the Information Centre for Architecture, Town Planning and Design. BOZAR CINEMA: exceptional showings of quality films for the general public, a special series for Young Film Fans (in the Henry Le Boeuf Hall), and cross-fertilising events that explore connections between cinema, video, and the other arts (Terarken rooms, Horta Hall). BOZAR DANCE: international productions revealing the most daring trends in contemporary dance, in interaction with BOZAR’s other artistic disciplines. BOZAR EXPO: a score of exhibitions every year, in cooperation with the most prestigious international institutions, alternating the great collections with contemporary art, the treasurers of various national heritages, and support for young artists. BOZAR LITERATURE: meetings with Belgian and foreign writers, debates and colloquia linked to exhibitions, and performances where words create connections to the other arts, as well as the Literatuur op de middag, Jeudis littéraires, and Music and Poetry series. BOZAR MUSIC: concerts in almost a dozen venues, both at the Centre for Fine Arts and elsewhere in Brussels, with Western classical music from the Middle Ages to our times, as well as non-European classical music, traditional music, jazz, blues, rock, etc., in a great variety of line-ups and genres, from chamber ensembles to big bands, from recitals to concert performances of opera. BOZAR THEATRE: fraternal art to dance, resolutely oriented towards avant-garde theatre, physical, visual, and committed, offering a series of new and imported productions, as well as the Theater op de Middag series, the series and festival organised in cooperation with Bronks, and co-productions with the Rideau de Bruxelles. BOZAR STUDIOS: the Centre’s educational service, operating as an artistic department in its own right, while constantly taking its cue from the overall artistic programming, in collaboration with the Jeunesses Musicales, Jeugd en Muziek, and Jeunesse et Arts Plastiques.