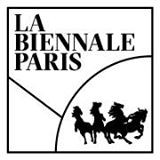 La Biennale des Antiquaires – the premier showcase of art and antiques featuring treasures from the world’s greatest dealers since the 1950's – will take place at the Grand Palais in Paris from September 10 – 18, 2016.

For art lovers from across the world, the Biennale des Antiquaires has been a must-attend event for more than half a century and quintessentially representative of the French « art de vivre ». September 2016 will mark a turning point in the Biennale's history, and it will become an annual event beginning in 2017.

2016, a year of renewal
For the first time, the selection of the exhibitors is made by an international committee of fifteen members, including members of the board of the SNA, curators, art historians and collectors. The "Biennial Commitee" of the 28th Biennale des Antiquaires is chaired by Henri Loyrette.

125 exhibitors from 14 countries
A participation increase of over 36%, 41 returning international galleries and the integration of the Paris Tableau salon, bringing back Old Masters paintings to the fair.