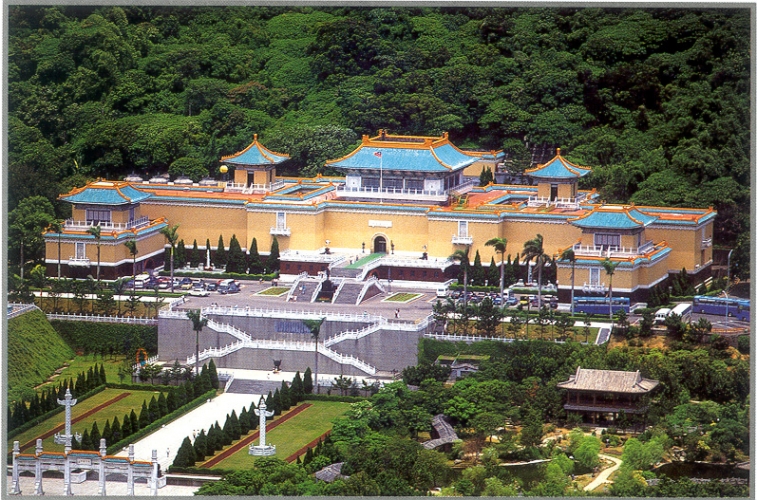 The National Palace Museum is an art museum in Taipei, Taiwan. It is the national museum of the Republic of China, and has a permanent collection of over 650,000 pieces of ancient Chinese artifacts and artworks, making it one of the largest in the world. The collection encompasses over 8,000 years of Chinese history from the Neolithic age to the late Qing dynasty. Most of the collection are high quality pieces collected by China's ancient emperors. In 2008, it was the 15th most visited museum in the world. The National Palace Museum and Palace Museum, located inside the Forbidden City in China, share the same original roots, which was split in two as a result of the Chinese Civil War.