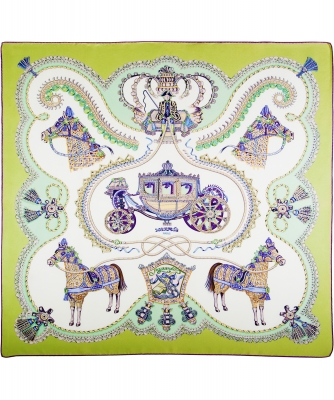 Paperoles are meticulously rolled, fine strips of paper that can be assembled to make up all kinds of objects, generally with a religious theme. They were crafted by nuns with the most marvellous dexterity. In the 1990s this rare example of a secular-themed paperole – a berline de gala, or ceremonial carriage, from the early 19th century – was found in a Florentine antiques shop. Hermès acquired it and added it to the house’s collection. The unusual object, which inspired this scarf design by Claudia Stuhlhofer‑Mayr, is remarkable in every way: the wheels can turn, the front‑wheel axle pivots, and each detail is fastidiously reproduced, from the horses’ harnesses to the coach driver’s gaiter button. Everything is made from paper and cardboard, with the exception of the carriage lining in silk, and the horses’ legs, which are carved in wood. 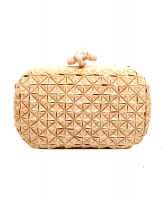 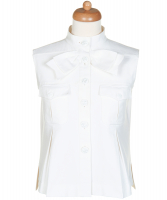 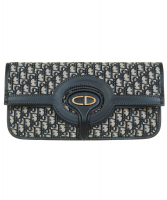 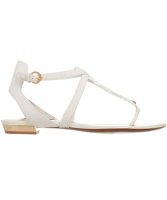