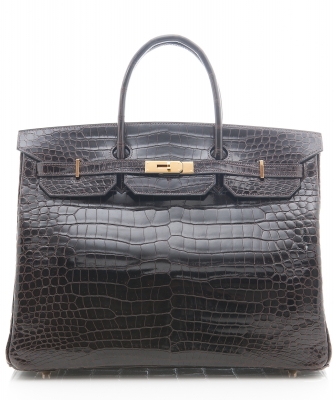 A Porosus Crocodile Birkin is extremely difficult to acquire and exceedingly rare. Porosus Crocodile is considered be the premier Hermès skin. It is characterized by a symmetrical scale pattern and denoted by the inverted v symbol next to the Hermès stamp. The skin is buffed by hand repeatedly to achieve the glorious sheen.

The crocodile skin on this Birkin is a deep and exotic shade of brown, accented with sophisticated gold hardware. It has double handles with a front flap and includes lock keys that are enclosed in a leather “clochette”. It has interior leather lining and one zippered pocket.

In 1981 Jean-Louis Dumas, Chairman of Hermes, was in the same flight with the British actress and singer Jane Birkin when he noticed that Jane’s bag was packed. She explained that she could not find a weekender bag that suited her. In 1984, he then created the Birkin bag, and named it after the actress. Since then the Birkin has become the greatest IT Bag in history, with the longest waiting list of any fashion accessory. This is considered the most coveted bag made by Hermès and is a significant investment to buy one. 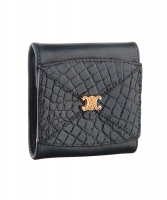 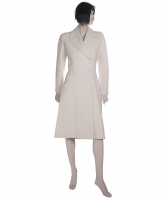 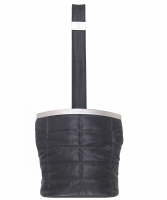 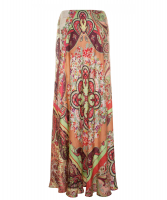