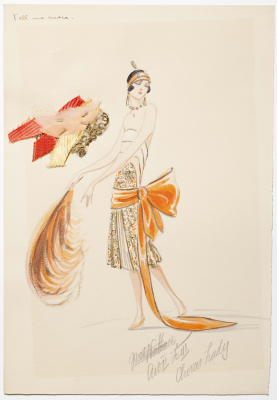 Original costume designs in unmistakable Art Deco style for George Gershwins musical "Tell Me More", performed on Broadway in 1925. The costumes were designed by Charles LeMaire during the Jazz Age.
This spectacular discovery consists of 40 highly decorative designs on sketchbook paper including original fabric samples (28,3 x 19 cm). In addition:
- 1 design on sketchbook paper (27 x 17 cm)
- 13 design drafts on blotting paper, with fabric samples (ca. 23 x 12 cm)
- Some original letters that were saved - and that were used for the research that lead to an article published in Art Deco magazine (NL)
Charles LeMaire (1897–1985) was an Oscar-winning costume designer of the 20s’ Broadway shows and, starting in 1925, he also worked in Hollywood. He designed costumes for more than three hundred Hollywood films and was the primary designer for Twentieth Century Fox during the 40s and 50s. He has been nominated sixteen times for an Oscar, winning three, for All About Eve (1950), with Bette Davis in the leading role, amongst others.
Price for the complete set. 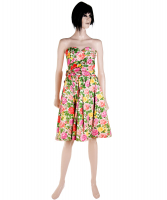 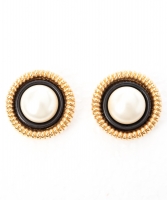 Chanel Round Clip On Earrings with Faux Pearl 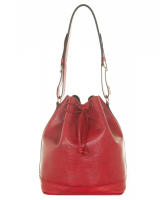 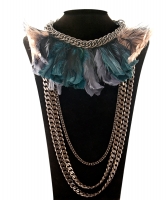