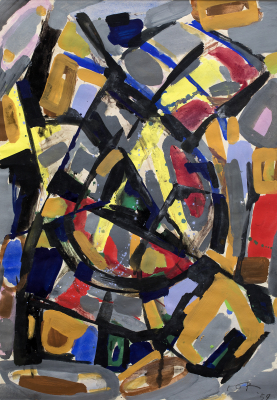 Jan Gerrit Jordens
Wageningen 1883 - Groningen 196
Jan Gerrit Jordens was born in Wageningen in 1883. After training at the Royal Academy for Visual Arts in The Hague and the National School for Drawing Teachers in Amsterdam, he was appointed in 1907 as a drawing teacher at the Rijks HBS in Warffum. A year later he became director of the evening drawing school there. In 1916 he moved with his family to the city of Groningen, where he accepted a position as an art teacher at the Rijks HBS. Two years later he exchanged this for the Municipal HBS in Groningen. Inspired by the ideas of the Austrian drawing educators Franz Cizek and Richard Rothe, Jordens introduced a new way of teaching based on free expression. In the 1920s he published regularly about his teaching method. 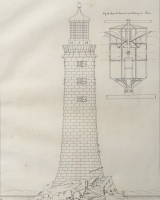 Homewards at sunset near Noorden

A humoristic painting of a nobleman or scientist symbolising...