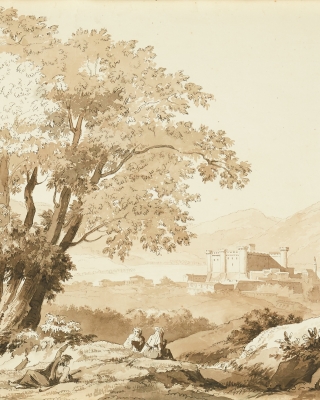 When working in Rome, the French architect and painter Desprez was introduced to King Gustav III of Sweden. Gustav was impressed by Desprez’s work and invited him to his court in Stockholm. It was there that Desprez met the inventor and naval officer Jonas Lidströmer, with whom he collaborated on the construction of an obelisk next to the Royal Palace. The present work was in the Lidströmer family until fairly recently and, according to family tradition, was given by Desprez to Lidströmer.
The Castello in Bracciano, built by the Orsinis in the 15th century, is one of Italy’s best examples of military Renaissance architecture. It stands proudly above the village overlooking the lake and the lands towards Rome. Over the centuries, the mansion underwent many changes. The most important noble families of Rome fought bitterly for ownership of the Castello due to its strategic position. In 1496 Pope Alexander VI Borgia even went so far as to confiscate it. In 1696 the Castello passed from the Orsini to the Odescalchi family, who continue to own it today. 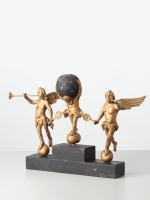 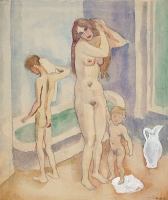 Mother with two kids in bathroom 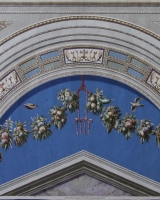