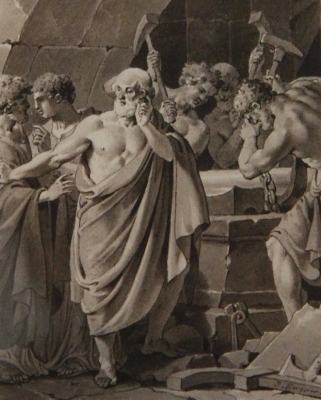 Drawing by Jacques Kuyper: study for print of 'Pythagoras'

Kuyper got his training in Amsterdam, first at the municipal drawing academy and later at the Royal Academy; he was a pupil of Jurriaan Andriessen. As a painter and designer for prints he is an important representative of Neoclassicism in Holland. Kuyper made several drawings of Felix Meritis (famous drawing academy and arts centre in Amsterdam), where he was active as a graphic designer. His drawing of Raadpensionaris Rutger Jan Schimmelpenninck is in the Britsh Museum. Kuyper made several preliminary drawings for prints in Martinus Stuart's 'Roman histories, Amsterdam, published between 1794 and 1810, and A. Fokke Simonsz.'s ‘Ernst en boert voor de XIXe eeuw, of Almanach van beschaafde kundigheeden’. The latter almanac was published in Amsterdam from 1801 to 1803 and reprinted (with new calendars) from 1805 to 1807. Seen the size and subject, our drawing was made as a design for a book illustration. This drawing of Pythagoras is a study for the print in the Almanac of 1802. Dimensions: 6,7 x 9,5 cm (with frame: 32,5 x 37,5 cm). 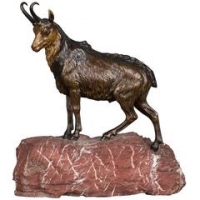 A Vienna bronze figure of a Mountain Goat 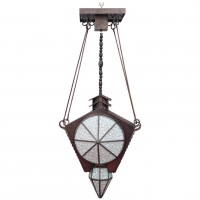 An unusual Amsterdam School Hanglamp from around 1900