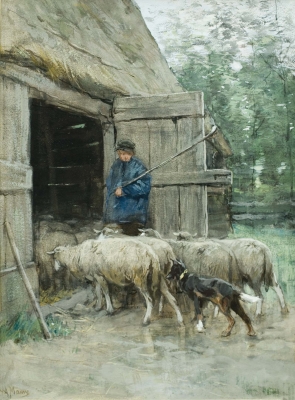 Antonhij Rudolf Mauve was born on September 19, 1838 in Zaandam, and died 60 years later in Arnhem on February 5, 1888. He studied the animal painter Pieter Frederik van Os (1808-1892) and Wouterus Verschuur (1812-1874), the famous horse painter. Afterwards he worked with Paul Joseph Constantin Gabriel (1828-1903), and Marinus Heyl JJDoffegnies. He painted watercolors and landscapes, often decorated with sheep or other livestock, he is also etched.

Laren, the land of Mauve. At the beginning of the eighties, just as the Hague School at the height of his fame began to come, Mauve attracted more and more on the throw, because he became addicted to the landscape here. After he finally in 1885 the final step of The Hague to Laren had made in the villa on the Arietta Naarderstraat No. 48 had settled in Laren, his work became increasingly dramatic. At the same time he continued the art business facilities contain are known as sheep herds, which - as the myth states - still wet from his donkey were sold.
Most major museums in the Netherlands have his work
powered by 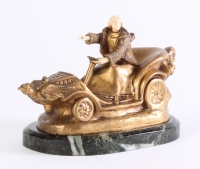 An Art Deco bronze marble and ivory sculpture of a car, circ... 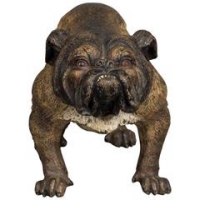 A strong Vienna bulldog bronze, circa 1890 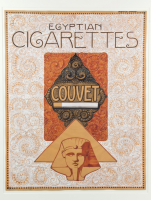 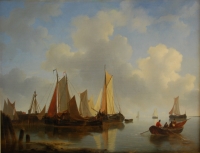