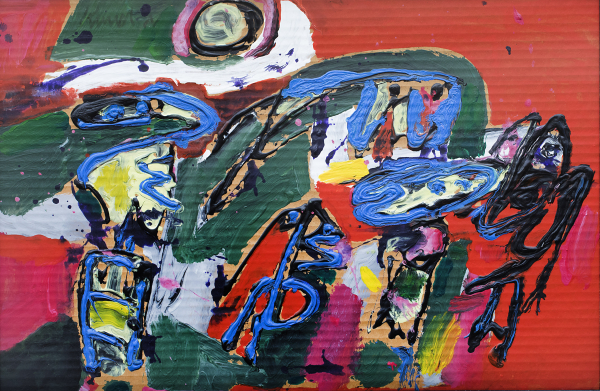 Knud Nielsen 1916-2008
Knud Nielsen's paintings and gouaches are intense and colorful - often with a spark of violence, but made as only the experienced artist, who masters and decides over colors and canvas, masters it.
Knud Nielsen is a big name in Denmark and has been for many years. In his youth, the latest paths in art were tested in the company of e.g. the artists who later formed the core of COBRA. It was the association HØST, Spiralen and Linien that became the playground, but for many years it has now been called Grønningen.
Abroad also has bids for Knud Nielsen - in recent years, among other things. Germany and Switzerland.
It should also be mentioned that the artist has for many years been an inspiring teacher at the Royal Danish Academy of Fine Arts. 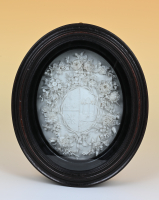 Biscuit plaquette with coat of arms 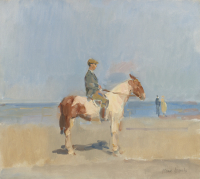 Horseman on the beach of Viareggio