The painter who created this intimate and tranquil view of the city hall in Oudewater is the renowned 19th-century painter of townscapes Cornelis Springer. In 1841, when the artist biographer Johannes Immerzeel asked the young Springer which genre he specialised in via a questionnaire, the latter answered with ‘Cityscape’. A subject he would continue to paint throughout his life.

After training with the house and carriage painter Andries de Wit and lessons in architectural drawing and perspective from his older brother, the architect Hendrik Springer, Cornelis entered the School of Drawing where his talent became evident. His apprenticeship with the cityscape painter Kasparus Karsen (1810-1896) was decisive for the rest of his career. Springer would soon surpass his master and achieved great fame while still active.

In this work, we see Oudewater's city hall as it stands by the Visbrug (Fish Bridge). The building was erected in 1588, thirteen years after its forerunner was mostly ruined during the Spanish Invasion of 1575. When Oudewater regained the financial strength for the construction of a new city hall, it was built on the foundations of its predecessor.

The lower part of the town hall, consisting of walls of ‘kloostermoppen’ (medieval bricks) and plastered barrel vaults, dates from before 1575. The main floor dates from 1588. We know quite a lot about the construction thanks to the original specifications from 1588 which were preserved. Thanks to these, the name of the stonemason is also known: Gieleam Verminx from Delft. In 1887, the city hall was thoroughly restored, especially the outside. The windows were widened, dormer windows were added along the Kapellestraat, and a new brick outer shell of smaller, machinemade bricks was added around the actual building body.

In 1968, disaster struck again and almost the entire roof of the town hall went up in flames, along with parts of the floor below. Using the 1588 specifications and existing photographs, it was possible to reconstruct the architectural elements that were lost in the fire. During the restoration under the direction of the architects T. van Hoogevest, the remaining core of the city hall was completely rebuilt.
The restoration of 1887 was largely undone; the outer brick layer and dormer windows were removed. The Oudewater city hall was reopened in 1972.

View on street in Saint-Tropez

Memory disappears with the dust and smoke 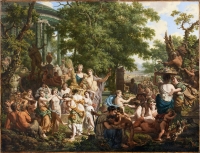