These cheerful paintings with lots of figures show the sale of freshly caught fish on the beach and the loading of the fish to be brought in to town. Groups of people are chatting around it and are buying some fish. In the meantime, the dogs sniffle on the beach.

Willem Gillisz Kool (1608 – 1666), was a Dutch Golden Age painter. He was born in Haarlem and entered the Haarlem Guild of St. Luke in 1638. In the same year he married Cornelia van der Molen, daughter of Jan Gerritsen van der Molen, on 17 januari 1638. She passed away during childbirth and Kool raised his son Jacob (1639 - ?) by himself.

Willem Gillisz Kool painted mainly beach and village scenes in the manner of Jan van Goyen. Apparently he made quite the fortune with these, since he bought a house for 750 guilders in 1656.

Several museums, like the Frans Hals Museum in Haarlem and the Hermitage in St. Peterburgs have paintings of Kool in their collection. 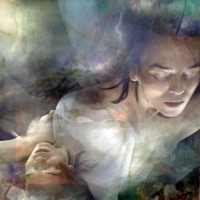 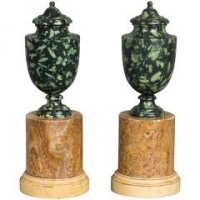