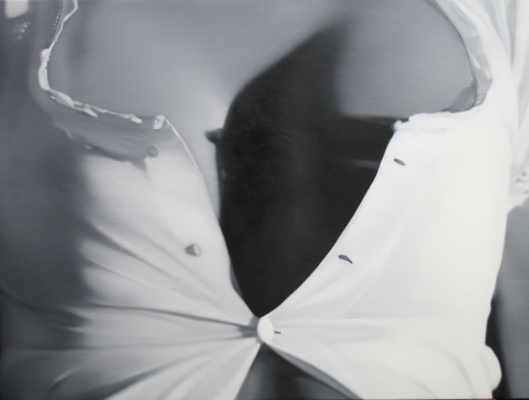 A lady is wearing a tight white shirt leaving the 2 upper buttons open. She is facing the viewer and seems to be standing in a bright spot light coming from the right side that emphasizes the three dimensionality of her body. 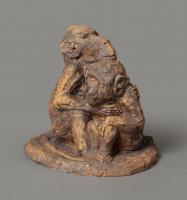 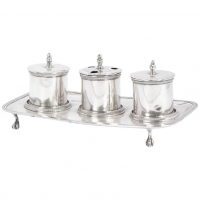