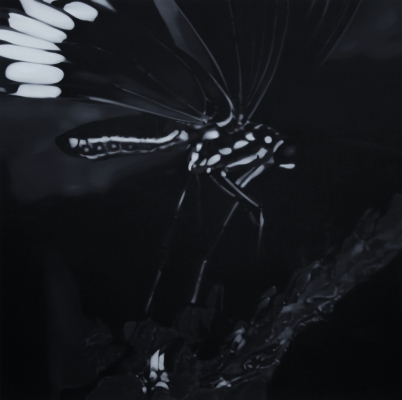 A dark butterfly with white spots seems to just have landed on a branch. The long legs are stretched and the spread wings seem to be in movement. The soft light is dimmed so that only the white spots of the butterfly and the contrast to the greyish background shape the body. The point of view is on the level of the animal’s legs. 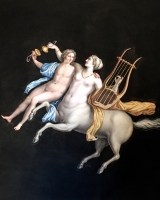 Maestri: Grand Tour gouache of Centaur of the Villa Cicero