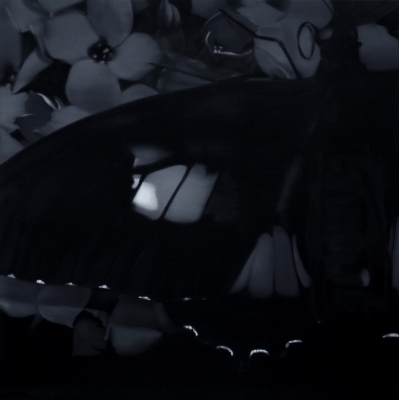 A dark butterfly with white spots on the spread wings sits on a ground with many small blossoms. The bird’s eye view of the butterfly focuses on the left wing of the insect. The soft light emphasizes the white spots of the wing’s borders and some bigger spots in the middle of the wings as if they would glow themselves. 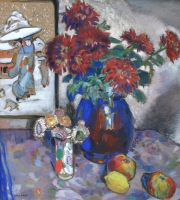 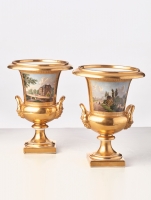 A fine pair of topographical porcelain vases with scenes of... 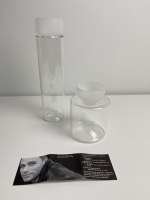