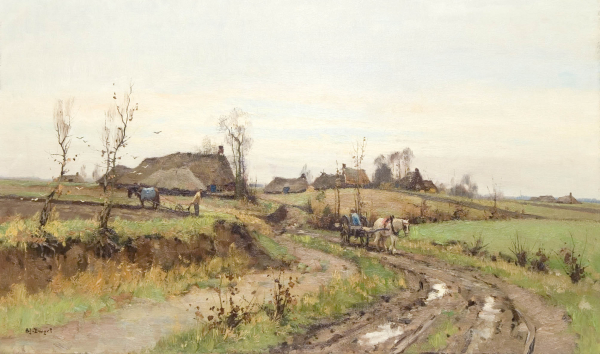 AJ (Arie) Black. Rijswijk 1903 - 1981 His first painting is from 1915. The year before won a box of art supplies plus a weekly visit to the painter Otto Kriens to assess his work. Two years later he took classes at the Academy of Fine Arts in The Hague. The style of his early work is reminiscent of the Hague School. This was around 1915 already passed its peak. Later his style became looser, impressionistischer. After his marriage in 1926 he was a living entirely on the income from his work as a painter identified. He was very productive. He traveled extensively through the Netherlands, first alone, later with his family in a converted moving van. In 1936 it was replaced by a specially-built houseboat for Black. Here also he went traveling: first Gorinchem, then via the river IJssel Nijmegen and Arnhem to Hattem. It was put across the river course to Namur. In winter, the barge was in Meppel. Through contact with painters Meppel Black went on to using lighter colors. The dark landscapes and interiors gave way to a lighter palette with loose brushwork. The last years of his life he lived in the Rosa Spier House in Laren, where he died.

The book was recently published monograph of Ariel Black 'A nomadic existence. Truly a wonderful book, a real asset for every enthusiast. Many beautiful large color images. The book gives a very good impression of the diversity in the work of AJ Black 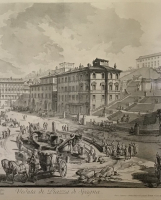 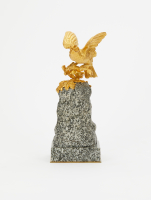 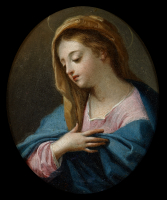