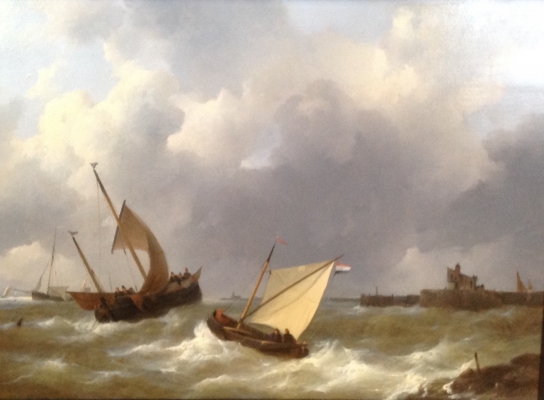 Johannes Christiaan Schotel was a painter who has devoted himself entirely to painting marine subjects.  Particularly ships at sea are the subject of his paintings.
J. C. Schotel’s speciality was the view of ships, rigging and people against a background of often threatening air and water. For the nineteenth century Schotel was probably the main marine painter.
Johannes Christiaan was born in Dordrecht, the son of a factory owner. It was intended that his father was there to follow. Al however early it became clear that he had an aptitude for drawing, though in 1805 he was enrolled as a member of the Dordrecht "Teekengenootschap Pictura" (the oldest  drawing art fellowship in the Netherlands, from 1774, which incidentally is still active). In 1808 Schotel took  lessons of Martin Schouman, who was a famous marine painter, but it soon became clear that the talents of Schotel would outflank his master. The work of J.C. Schotel is a continuation of the tradition of the seventeenth-century Dutch marine painters like Willem van de Velde the Elder and Ludolf Bakhuyzen.
Johannes Christiaan married Petronella Elisabeth van Steenbergen. Their children will continue in the art part. Son Petrus Johannes Schotel, born in 1808, followed in his footsteps as a marine painter, daughter Christina Petronella Schotel (1818-1854) was a painter of still lifes. Son Gilles Dionysius Jacobus Schotel is a pastor in Brabant.
Johannes Christiaan Schotel died at the age of 51 in Dordrecht. 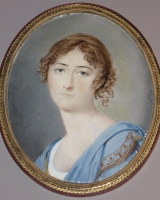 Hari: portrait miniature of a young lady in Empire gown 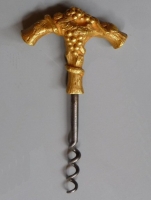 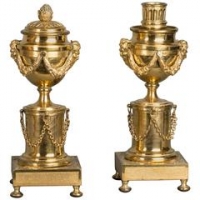 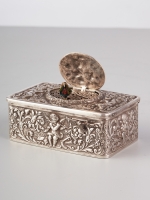