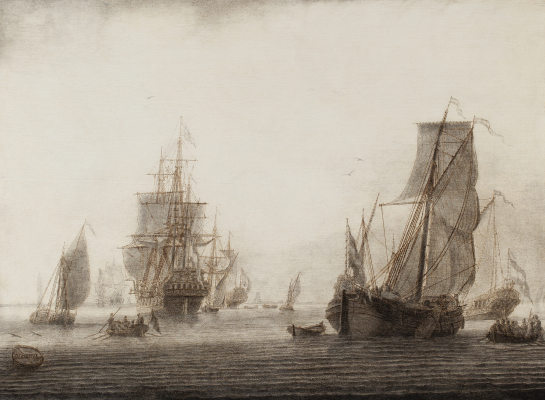 Ships on a calm sea

Cornelis Boumeester was a Dutch marine painter and draughtsman, born and active in Rotterdam. Boumeester was a follower of Willem van de Velde the Elder and just like Van de Velde the Elder he was a master in pen paintings. The subjects of Boumeester’s seascapes
include Dutch and English ships in calm weather and storms, sea battles and Mediterranean harbours. He also recorded such contemporary ceremonies as the Embarkation of William III for England on 1 November 1688. His pen paintings are rare.

Pen painting is an art form applied in the seventeenth century and was a highly skilled technique. It was very popular in The Netherlands and abroad as well. In the early 17th century pen paintings were even considered more impressive than oil paintings. A merchant from Augsburg, Philip Hainhofer, stated that “a wrong strike with the pen is unfixable, in contrast to a stroke with the brush, furthermore it takes more zeal, effort and work”. Also, Leopoldo de’ Medici, an Italian cardinal and art maecenas, was intrigued by these paintings, not so much by their subjects, but more by the technique.
The pen painting gained more and more popularity and was therefore able to develop as a technique. The earliest pen paintings resembled etchings and engravings and artists used hatching to create shadows and depths. Later on, with Boumeester, depths and shadows were created by washing the ink with a brush.

View of the Maas, Rotterdam 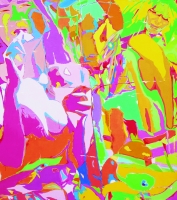 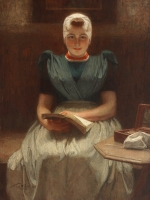 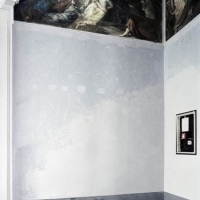