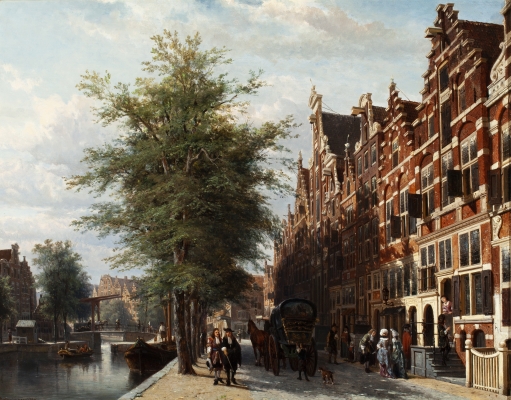 View of the Singel in summer with the Mennonite church Het Lam, Amsterdam

Cornelis Springer (1817-1891) has been called the “greatest painter among the architects, and the greatest architect among the painters”. Cornelis Springer mainly painted town and village scenes in which facades and staffage are bathed in warm sunlight. Together with B.C. Koekkoek and A. Schelfhout, he belongs to the leading painters of Dutch Romanticism. In an era where cities were undergoing many changes, Springer depicted his romanticized vision of the streets, houses and the Dutch people. Springer traveled throughout the Netherlands to document the various cities including Amsterdam.

Cornelis Springer shows us the beautiful Singel in Summer with the Mennonite church Het Lam which was a hidden church. You can still visit this church on the Singel and you can recognize it by the gable stone Springer also painted in this painting. Springer really captured the atmosphere of a summer's afternoon inviting you to take a stroll along the canals. 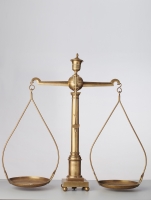 A decorative French pharmacy scale, circa 1830 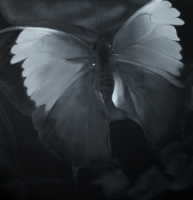