A study of a female nude with raised hair seen from the side, leaning on a red pillow, painted by Henri Fantin-Latour.

Ignace Henri Jean Théodore Fantin-Latour was a French painter and lithographer who was connected to realism and mainly worked in Paris. Fantin-Latour was born in Grenoble (Isère) in 1836 and died in Buré (Orne) on 25 August 1904.
Initially Fantin-Latour was tought to paint by his father, Théodore Fantin-Latour, who mainly painted portraits. He also was an apprentice in the “atelier du réalisme” of Gustave Courbet, the  leader of realism in France. He continued his education at the École nationale supérieure des beaux-arts in Paris. In 1876 he maried the painter Victoria Dubourg.

Apart from Courbet, Fantin-Latour was strongly influenced by the romanticism of Delacroix. At the Louvre he copied works of important masters, mainly from the Italian Renaissance, like Veronese and Titian, but also from Velazquez and Watteau. Dutch masters, such as Rembrandt and Frans Hals also had his attention.

In 1859, Fantin-Latour unsuccesfully submitted two works for the Salon, the authoritative annual exhibition in Paris. In 1861 he was more fortunate and a number of his portraits were shown at the Salon. In London, however, the painter had more success than in France. By his friend James Abbott McNeill Whistler, who lived in London, he was introduced to the Royal Academy in 1859, allowing him to regularly exhibit there from 1862.

Fantin-Latour was also friends with Édouard Manet, whom he met at the Louvre. Manet was a key figure in the transition from realism to impressionism. Fantin-Latour made several portraits of Manet. In his flower still life “Vase with Peonies” from 1881, the influences of impressionism shine through in the more loose brushwork and independent paint strokes.

Next to many friendships with fellow painters, Fantin-Latour was also closely connected to the Parisian music scene and literary community, as can be inferred from his painting titled “Un coin de table” from 1872, which is now in the Musée d’Orsay.

Fantin-Latour’s still lives with flowers are considered his best work, although the artist is most famous for his lithographic work. 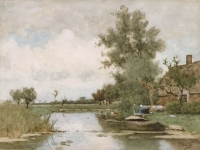 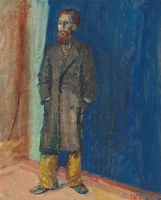 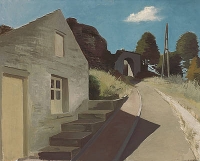