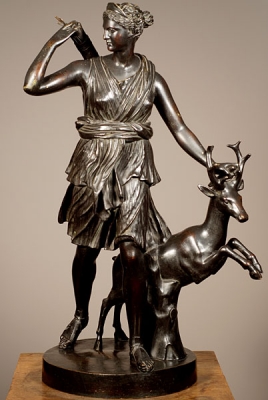 A French bronze sculpture of Diana The Huntress after the Antique, circa 1880.

An attractive French bronze classical sculpture of Diana The Huntress after the Antique, circa 1880.

This sculpture was made after a sculpture from the Antique. The subject was very poular and it was already copied mnay times during Roman times. This sculpture was probably modeled on an example already recorded in 1586 known as Diana of Ephesus, Diane a la Biche or Diane de Versailles. It was moved to the Salle Des Antiques in the Louvre in 1602.
Of Diana Chaseresse are examples known from the Antiques to the 19th Century European foundries. 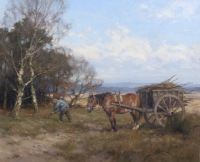