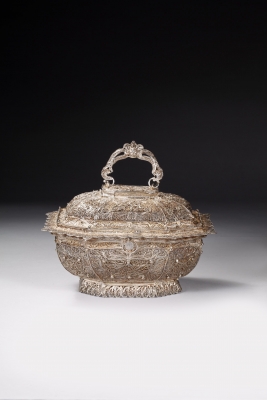 Following the opening of sea routes to India and the countries of the Orient and the creation of East India trading companies, it became fashionable in Europe to own exotic oriental art works and materials. Very fine silver filigree made by oriental jewelers delighted the Europeans. During the 17th and 18th centuries, there were several major centers where articles of filigree jewelry were produced. In India, these were the Portuguese state of Goa on the western coast and the city of Karimnagar in Deccan, in the central part of the country. Many orders for filigree were filled in southern China, in Canton (Guanchou) and Macao, as well as in the regions of Southeast Asia where there were cities open to trade with Europe and settlements of Chinese masters, as for example in Manila in the Philippines or in Batavia (modern day Jakarta) on the island of Java.

A pair of Empire Candle Sticks 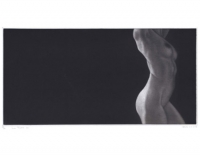