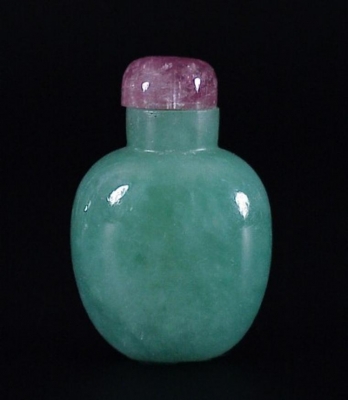 The snuff bottle is made of green jade with a pink glass stopper. The body consists of the shape of a compact oval.

A pair of fire-gilded and patinated French Empire four-light...