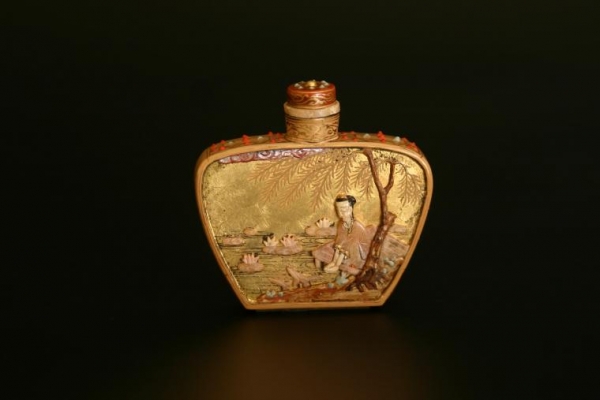 A snuffbottle, lacquer embellished with stones

Snuffbottle, depicting a lady near a pond and a garden with bird. 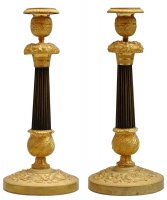 A Pair of Charles X Candlesticks in Ormulu and Patinated Bro...