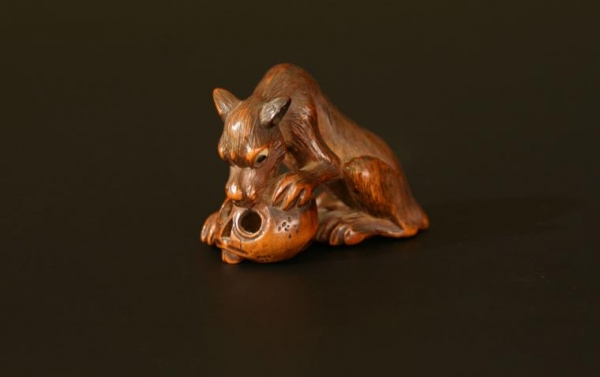 A wooden netsuke: a wolf with a skull

A wooden netsuke of a wolf with a skull.

Netsuke are the toggles used to attach various items to the belt of the traditional Japanese dress. These could be as simple as a stone, a twig or a coin. But especially in the 18th and 19th century, the netsuke became more and more elegant. Eventually, they changed from practical, everyday objects into works of art. Later netsuke were not intended for serious use, which gave the artists more creative freedom. Smooth contours were no longer necessary, and the holes for the cord could be smaller and of equal size.

A pair of Charles X French candelabra, around 1825 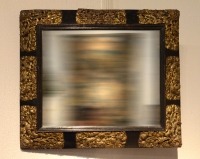