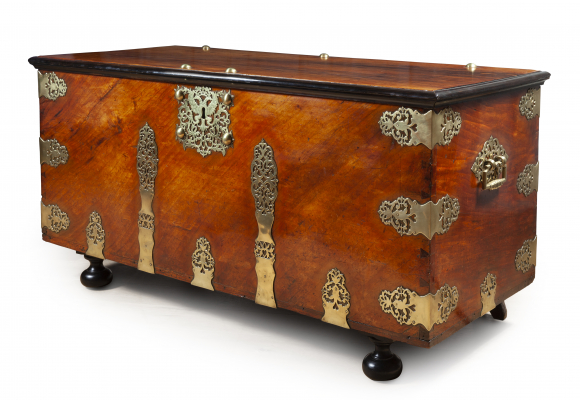 A Dutch colonial governors chest with bronze fittings, a double eagle surrounding the key plate and standing on removable ball-feet. The chest is of a considerable size indicating that it was made for someone high in rank, such as a governor. On the inside of the lid is written No J: L: a BB.

The chest was one of the most beloved furniture items of the VOC in Asia and on the Cape. The earliest chests were brought by the staff of the ships and were made of European wood. Later on, these chests were put on removable ball-feet and used as dressers for clothes in interiors. Also, chests were now made of indigenous wood, such as djati, which was better suited for the tropical climate. 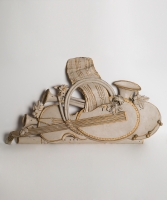 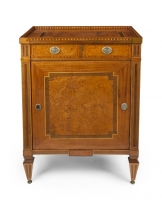