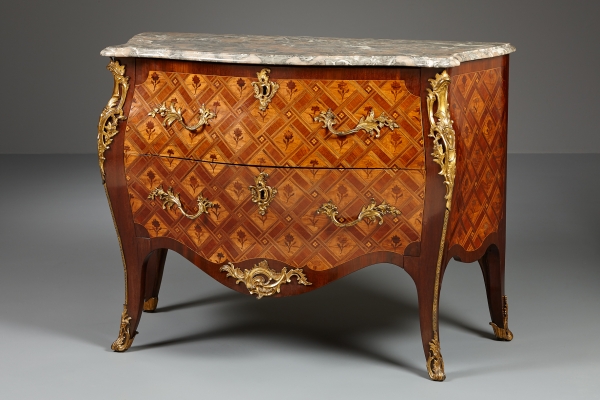 Both the front and the sides are veneered with marquetery in a geometrical braid pattern of ribbons with small rosettes and flowers. The marquetery decorations are framed with an amaranth ribbon. 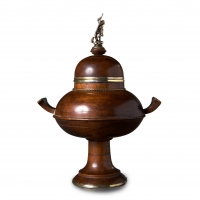 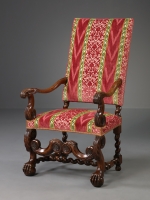