A wall mirror surrounded by glass panels that cover decorations of golden leaf motifs on a green background. The entire mirror is bordered by elegant profiled lead framing decorated with flower motifs.
The border with the mirror glass panels is framed on either side with a beaded edge, which are connected at the center of the head, the sill, and the jambs with simple leaf motif ornaments.
The high vaulted tympanum is flanked by two elegant vases with flowers and surmounted by a urn-shaped vase with flowers.
The shape of this mirror with its high pediment refers to classical-baroque shapes of the French Louis XIV-era that had also influenced the Swedish taste of the period. The decorative idiom is very classical: ribbon-frames, beaded edges, palmettes, acanthus-shapes, classicist vases, and rosettes and honeysuckle motifs. Nevertheless, these decorative elements are applied with a reticent and light touch, giving the mirror a grand elegance.
On the basis of the similarities in shape and material used in a mirror that is known from literature, this specimen can convincingly be attributed to Burchard Precht (1651-1738) or Gustaf Precht (1698-1763).

Burchard Precht (1651-1738)
Burchard Precht, born in Bremen in 1651, was the son of a sculptor. His elder brother, that tutored the young Burchard as of 1666, was also a sculptor. In 1672 Burchard moved to Stockholm, following the advice of Nicolaes Milich. Here he eventually became the most influential sculptor of Sweden of the late 17th and early 18th century. He was famous for his gilt tables, gueridons, mirrors, and picture frames.

Sofa with an original carved walnut base and seat and back p... 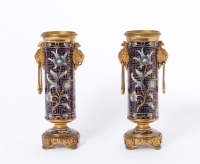 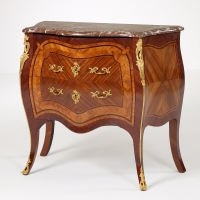 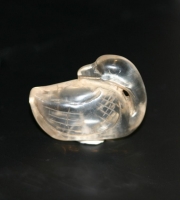