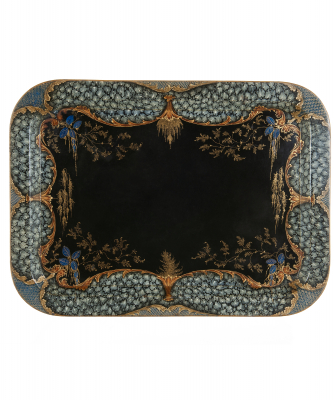 Toleware is a painted and varnished tin household item made to imitate the imported Chinese lacquer items that were popular in Europe in the 18th century.

Wooden statue for on the rudder at the stern of a wooden shi...