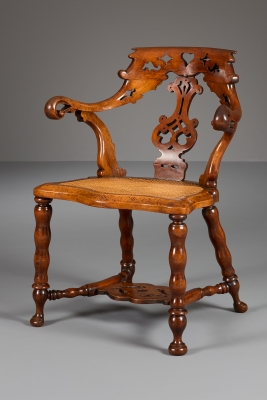 This chair is carved from Jacaranda wood an exclusive tropical hardwood species. The origin of this species is located in the rain forests of Brazil. It is a heavy and hard type of wood with a brown to dark brown colour with a red glow.
Brazil was a Portuguese colony from the sixteenth century. In the eighteenth century many Portuguese moved to Brazil. There are still more than half a million Portuguese living in Brazil. In 1822, Brazil declared independence.
Portuguese furniture of the period exhibits strong French or English influences. This specific chair has a significant colonial influence and is probably made in Brazil. 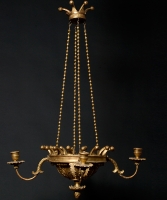