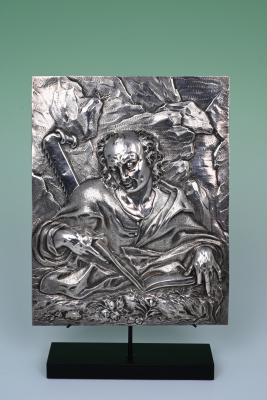 This driven silver plaque depicts Simon the Zealot.
The reading Simon sits before a rock. Behind him is a two-handled saw, with which, according to legend, he was killed.
Simon the Zealot (from the Greek: zealot) is the nickname of one of the apostles. Not to be confused with Simon Peter.
The nickname can indicate a special characteristic of the disciple or be an indication of his commitment to the observance of the Jewish law.
Zealots - first called so by Flavius Josephus - were Jewish nationalists who turned fiercely against the hated Roman regime.
The revolt of Judas the Galilean (Acts 5 verse 37) must be considered a typical action of the Zealots.
Germany, early 18th century. 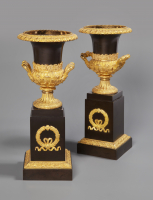