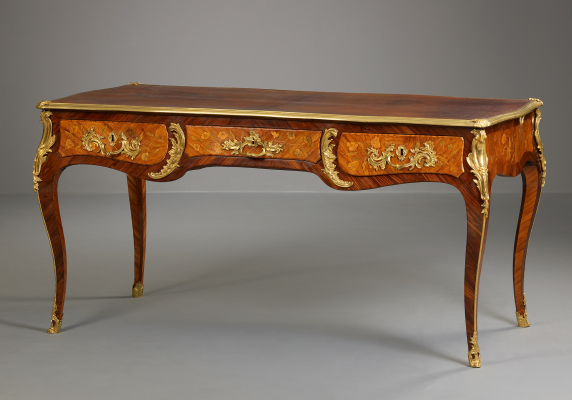 A bureau plat from around 1750 with arched frieze and top on cabriole legs. Their elegant shape is beautifully accentuated by fire-gilt bronze fittings which not only accentuate their finely curved shape but also protect the legs themselves.
The desk has three drawers in the frieze at the front; same but sham arrangement, on verso.
These drawers are used as fields in the frieze surrounded by wide bands of amaranth wood. The exquisite mirrored, veneered rosewood fields are trimmed by a narrow rosewood band. The sides also feature mirror-veneered rosewood fields within bands of amaranth. All fields are straight at the top and arched at the bottom, where they follow the line of the frieze. They are decorated with marquetry of floral sprays that fan out to the side from the centre where they cross.

The fire-gilt bronze fittings of the desk consist of six drawer pullers of fine asymmetrical volutes surrounded by flower sprays. Each drawer features a key plate. Ormolu ornaments of foliate volutes between the drawers and the sham drawers emphasize the line of the vaulted fields. The corner fittings shaped as a braided band of scrolls and acanthus leaves continue up to the elegant sabots in order to protect the partially exposed cabriole legs. The writing surface, in a slightly rounded shape, is framed by a profiled ormolu bronze frame with asymmetrical corner fittings of foliate scrolls.

A bureau plat was intended to be placed in the middle of a room. This way, one could work and also receive guests at the same desk, allowing both parties to do business and use the bureau to write. Because of its central positioning within the room, the desk needed to be finely decorated on all sides. This phenomenon contrasted with the desks manufactured to stand against the wall and which did not require any type of finishing on the verso.

On stylistic grounds, the bureau plat can be attributed to the ébéniste Pierre Roussel (1723-1782).

Roussel earned membership as Maître to the Parisian cabinetmakers' guild on 21 August 1745. He left behind a vast and very diverse production that incorporates almost all of the wide-ranging stylistic trends of the 18th century. From commodes in a rather heavy Régence form, via furniture in Rocaille or Rococo style, to furniture in Transition and Neoclassical styles.

Not only the exquisite floral marquetry of Roussel's pieces is striking but also their superbly refined execution, including the pronounced curves of his furniture in Louis XV style (Rocaille style).

His work is characterised by remarkably fine marquetry in light shades and his furniture pieces were much in demand, both during his lifetime and even today.
In 1769, the Almanach de Vray Mérite described Roussel as "l'un des premiers ébénistes" (one of the best cabinetmakers) of Paris. He received numerous commissions from the Prince of Condé for furnishings in the Palais-Bourbon and the Château of Chantilly. Roussel often worked together with fellow cabinetmaker Pierre Migeon, who regularly received important commissions from the French court.

Roussel's furniture can be found in all important Parisian museums: pieces can be found in the Musée des Arts décoratifs; Musée Carnavalet; Musée Jacquemard-André; Musée du Louvre and in the Petit Palais. Outside of France, fine pieces by him are also kept in the collections of the British Waddesdon Manor and in America, in the Metropolitan Museum in New York, the Cleveland Museum of Art and in the Boston Museum of Fine Arts. 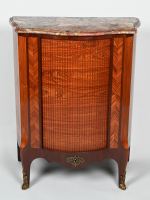 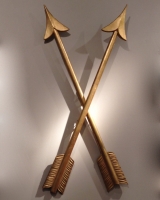 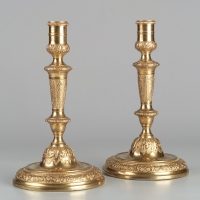